It’s not surprising that anxiety among teens has seen an uptick during the pandemic. Here are five natural remedies for teenage anxiety that may ease the strain.

As the coronavirus pandemic keeps teens indoors with their families and disrupts their schedules, teenage anxiety has had an expected uptick. High school and college students are describing increased levels of stress and anxiety and increasing mental health conditions, according to a recent CDC study. While teens may be restricted from usual stress-relieving social and sports activities during the school year, there are other ways to help decrease anxiety.

Here are five promising natural remedies teens can use to combat stress and anxiety.

A lemon-scented herb, Lemon Balm has historically been used to moderate mood and mental function. According to a study by the National Center for Biotechnology Information (NCBI), active lemon balm treatments were associated with improvements in mood and/or cognitive performance. Treatments using lemon balm have shown promise for reducing nervousness and edginess specifically. Try adding the herb to salads or fish or poultry dishes or look for it in teas, oils, and gummies.

Known to grow throughout South America, Passionflower is part of the Passiflora family (which includes passion fruit, too). Passionflower contains gamma-aminobutyric acid (GABA), which counters neurotransmitters that increase levels of excitement, causing a calming effect. However, consuming GABA does not mean it will reach the brain. A lot of researchers have questioned whether GABA can pass the brain-blood barrier, but other studies have offered contradictory results. In fact, according to a study by the National Center for Biotechnology Information, impacts on cognitive function “might be exerted through BBB passage or, more indirectly, via an effect on the enteric nervous system.” While more research still needs to be done, there is promising research showing some calming effects of passionflower. There are various ways to consume passionflower, but the best way is to add the dried flower to boiling water to make tea.

The chamomile flower is one of the most accessible herbal options to relieve anxiety. Not only is the flower widely grown in sunny pastures and wildlands across North America, but the seeds are easy to plant in your garden! Chamomile tea is found in most grocery stores and is known as a way to get to sleep or recover from a cold. But recent studies show a specific effect of the chamomile flower that makes it a promising remedy for anxiety: antidepressant qualities. In a recent NCBI study using a depression rating system called HAM-D (lower scores mean lower depression levels), researchers “observed a significantly greater reduction over time in total HAM-D scores for chamomile versus placebo in all subjects.” And, given the greater reduction in total HAM-D scores for chamomile versus placebo in subjects with current comorbid depression, the researchers concluded that in addition to it’s known anti-anxiety effects, chamomile could help with depression, too. Opt for making a cup of chamomile tea before bedtime instead of something caffeinated, and try growing chamomile at home.

Sitting comfortably, focusing on your breathing, and clearing your thoughts may seem too simple to work. Still, according to a Johns Hopkins University study, meditation “can help ease psychological stresses like anxiety, depression, and pain.” Mindful meditation techniques can help you relax at home and have grown in popularity. While meditation is not always easy to master, there are various resources to help with focus. Try the Calm app or listen to still background music found on Spotify or Youtube playlists.

According to Neuroscientist Wendy Suzuki, physical activity of any kind helps relieve anxiety and improve mood overall. Dr. Suziki says that any kind of exercise will release endorphins and serotonin, which will have an immediate effect on improving your mood. Just as with meditation or any other natural remedy, try to incorporate exercise into your daily schedule. To get the full effects of exercise, try to do it at least three to four times a week, Suzuki says. 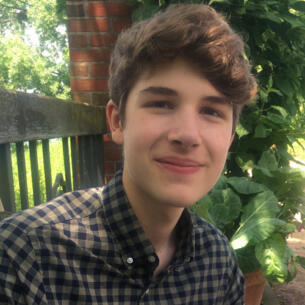 Max Feldman currently lives in the Northwest Suburbs of Chicago, where he serves as editor-in-chief of his school’s publication. When he is not researching and interviewing for articles, he spends time cooking healthy meals and working with environmental organizations to protect local habitats.

More Posts
© 2020 Health Food Radar, Inc. Statements made on this website have not been evaluated by the U.S. Food and Drug Administration. Any information or products are not intended to diagnose, treat, cure, or prevent any disease. Information provided by this website or this company is not substitute for individual medical advice.