Top Posts
How to Bounce Back Faster After a Big...
Goat Milk Yogurt With Blueberries and Raspberries
Hard to Digest Foods: 5 Foods That Can...
Escabeche Vegetable Salad Is Spicy and Good
10 Ways to Help Lower Blood Pressure Naturally
The Perfect Juice Cleanse for the New Year
Seven-Day Detox Through the Seven Channels of Elimination
Mirepoix: Freeze Ahead to Speed Up Recipes
Five Ways to Get Rid of Your Candy...
Tender, Fall-Apart Slow Cooker Pot Roast 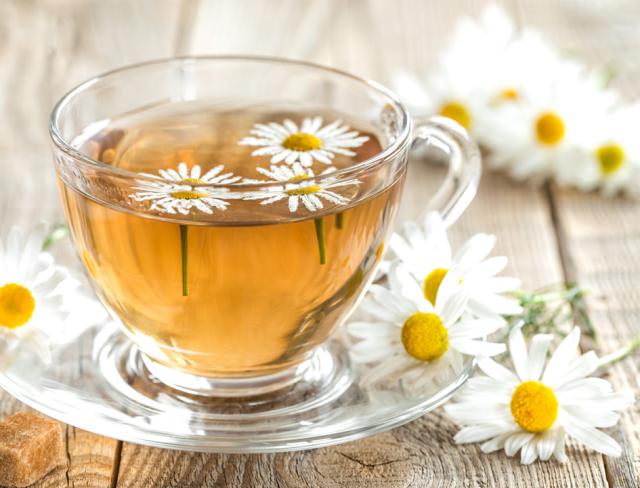 More Americans — up to 72 percent according to a recent study — are living with some sort of digestive discomfort. It may be upper GI issues such as acid reflux, GERD, or nausea. Or it could be lower GI issues, from mild bloating and gas to chronic constipation or diarrhea. Sound familiar?

Here are five to soothe your gut.

Native to Asia and popular in Middle Eastern and Indian cuisine, ginger root has been widely used for its healing purposes for thousands of years. It is particularly known for relieving gastrointestinal issues such as nausea caused by motion sickness, morning sickness, and following surgery; in addition to indigestion, upset stomach, dizziness, and loss of appetite. Ginger has also been useful for treating pain from arthritis, menstrual cramps, respiratory problems, and severe headaches. According to WebMD, one of the chemicals in ginger is also used as an active ingredient in laxative, anti-gas, and antacid medicines. The reason ginger works so well is due to its anti-inflammatory properties.

Ginger extract is widely available in capsule form, powder, gel, herbal tea, and as an essential oil used in aromatherapy or topically on the skin. Fresh ginger can be used in cooking and baking, and mixed into juice or steeped in hot water.

Like ginger, peppermint (a hybrid of spearmint and watermint) is an anti-inflammatory herb that can also help relieve gastrointestinal issues such as those from irritable bowel syndrome, gas, diarrhea, bloating and other stomach pain. This herb can also aid in general digestion — it helps food pass through your stomach more quickly because peppermint calms stomach muscles and improves the flow of bile. The calming effect is mostly due to menthol, its primary ingredient, which helps to soothe intestinal tissue. In addition, it is often used externally to help relieve muscle pain and increase mental alertness. Most of us are familiar with peppermint as a popular flavor in gum, toothpaste, mouthwash, and cough medicines. However, ingested as tea or applied topically as oil, peppermint can help relax you and ease stomach issues.

Note: Essential oils should not be applied directly to the skin—try infusing them into your favorite lotion or lip balm first to avoid irritation.

Just like ginger and peppermint, chamomile has a long history of relieving stomach problems and calming the mind. It is known for easing nausea, heartburn, and general upset stomach. Because chamomile promotes general relaxation and stress relief, it is best known as an herbal tea ingredient that can help battle insomnia. However, it can also be found in dietary supplement form, cream, and ointment to help soothe the skin.

Note: It may be wise to avoid chamomile if you are allergic to plants in the daisy family (chamomile, ragweed, daisies, marigolds, or chrysanthemums), as it could potentially trigger a reaction due to its pollen content.

Common sage is an herb whose leaves are known for aiding problems related to loss of appetite, stomach pain, gas, diarrhea, bloating, and heartburn. Sage is also known as a soothing agent for the skin. Most notably, sage pairs well with food used as a dry spice or as a fresh ingredient. Some studies have shown sage to be effective for improving memory and alertness. Many cultures also burn sage to cleanse their home of negative or unwanted energies.

Although licorice root is mostly known as a sweetener in candy, it has long history of medicinal benefits. Over time, many cultures, such as the ancient Egyptians and later the Chinese, adopted licorice root and used it as a cure-all. Although more research is needed, licorice root has been known to soothe gastrointestinal issues related to food poisoning, ulcers, and heartburn. There have been reports that licorice root can also help restore the lining of the stomach, treat respiratory problems, reduce stress on the adrenal gland (which works to produce adrenaline and cortisol), and can be used topically on the skin due to its antibacterial properties. Licorice root can be consumed dry as tea, in powder form, or as a gel. According to the World Health Organization (WHO), the recommended dosage of licorice root should not exceed 75 milligrams per day.

Rebecca Artz lives in Chicago, is currently a digital product manager for a publishing company based in Boston, and is a freelance contributor to Health Food Radar. She spends her free time cooking, reading, kickboxing and is endlessly entertained by her Siamese kitten, Luna.

Hard to Digest Foods: 5 Foods That Can...

Five Ways to Get Rid of Your Candy...

How to Beat Holiday Bloat

Stressed Out? 5 Supplements to Calm Your Nerves

Perimenopause & Menopause: 5 Natural Supplements to Get...

5 Supplements to Keep Your Heart Healthy

How to Deal with Depression Naturally

Are You Hot? 5 Natural Remedies for Hot...