My dad is famous for his “not so gluten-free” cornbread stuffing. Actually, he calls it “dressing” because he’s southern and always notes that it’s only “stuffing” if it’s stuffed inside the turkey. Growing up, we ate his dressing every Thanksgiving. He spent years tweaking and perfecting the recipe and each time he made it, there was some new addition or substitution. Everyone who came to our house for Thanksgiving looked forward to guessing what the new ingredient list would be. Wayne’s Cornbread Dressing was a Thanksgiving tradition in our house.

A Gluten-Free Twist on the Stuffing Tradition

When my mom Carole was diagnosed with celiac disease in 2001, Thanksgiving changed. She could no longer eat my dad’s famous dressing. The first year she tried to make a rice dish, which was nice but didn’t compare to Wayne’s dressing. Then I was diagnosed with celiac disease in 2004 and, because I have the best mom in the world, she decided to recreate a gluten-free, corn-free version of my dad’s dressing.

My mom is a great cook, so she set out to capture all of the Thanksgiving flavors without gluten. Unlike my dad, who is still in charge of the non-gluten-free dressing for the crowd, it took my mom only two years to get her stuffing recipe right. She has been making it the same way since 2006.

Thanks, mom for continuing to make Thanksgiving taste just like I remember as a child.

Note: You will need the giblet and neck packet from your turkey to make the homemade broth.

If you do not have stale bread on hand, the night before preparing the stuffing, remove the bread from the packaging and lay it out on a baking sheet. Place the baking sheet inside a cool oven overnight. The bread should be ready to use the next morning.

Oven Space Hack: Instead of using a baking dish, create a foil packet for your stuffing to save oven space. Simply put the stuffing on a large sheet of heavy-duty foil and wrap it up like a package. Form it into a narrow rectangle or whatever shape you wish to fit it beside your other holiday dishes. 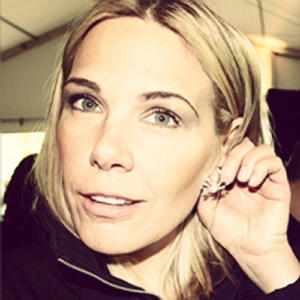