Microwave Cooking: What You Need to Know 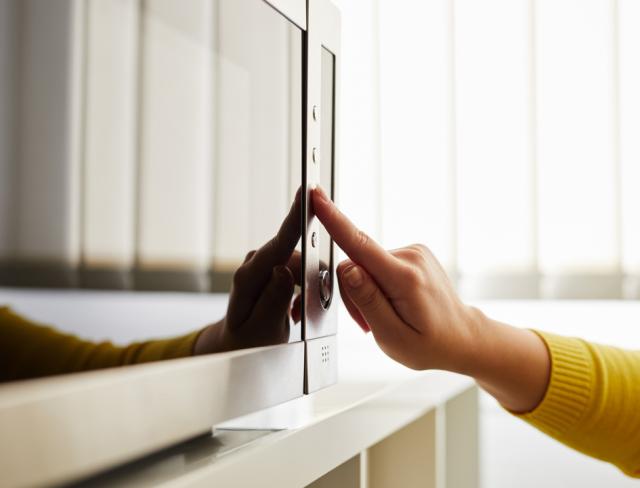 Are You Using Your Microwave Less and Less?

The microwave has become one of the most common household appliances over the last 40-plus years—but how much do you really know about microwave cooking? Have you ever stopped to think about what happens to your food when it’s “nuked?” In 2013, the U.S. Bureau of Labor Statistics estimated that more than 90 percent of American families owned a microwave. However, the microwave has quickly been losing its popularity over the past decade.

Let’s Take a Closer Look at the Reasons Why.

One of the biggest factors behind the decline in microwave popularity is the general shift in cultural attitudes toward diet and eating habits. More and more people have started to value fresh, quality ingredients over a quick fix. The convenience factor of what the microwave offers is hard to beat—but these days people have more options to achieve convenience without sacrificing quality.

We’re also more informed than ever before.

The vast access to information and ease in which we can communicate and share ideas has sparked many consumer “movements” (good and bad). Included in those is the shift in the way we think about our health and what we put into our bodies. The idea that you can eat high-quality, fresh food that actually nourishes you in a quick and relatively affordable manner gave rise to the popularity of “fast casual” places like the ones we have come to know and love: Chipotle, Panera Bread, Qdoba Mexican Grill, Baja Fresh, Whole Foods, and more. Highly-processed foods are becoming a thing of the past, and the microwave may be one of its casualties.

Facts Behind the Microwave’s Declining Popularity

We know the microwave is declining in popularity by the huge reported decline in sales. According to a Pew Research Survey, in 2006, microwave sales totaled about $3.7 billion. In 2013, sales came in just above $2 billion. The decline in sales is likely due to two main factors:

If you already have a microwave that works perfectly fine, you don’t have an incentive to buy a new one, thus increasing the replacement cycle.

Especially when you consider that there haven’t been any significant innovations from the microwave industry that would spur people to throw away their old ones and rush to get a new one, you can see why sales are slipping. Few products can consistently cause a craze of that nature—unless maybe Apple has plans to roll out a microwave when they reveal the iPhone XI or iPhone 11 this year? Seems unlikely.

The second reason goes back to health concerns.

People are just using microwave ovens less and less over time because of the types of foods you would typically cook in one—such as highly-processed frozen meals (an industry that has also seen a large decline in sales in recent years). Additionally, research has come out regarding the loss in nutrition that results from microwaving foods, particularly vegetables. Vitamins C and B12, for instance, are known to degrade quickly when heated.

Of course, it’s important to note that almost any time food is cooked (using any method) there will be some degree of nutrition loss. Although, there are exceptions to this. An adjunct associate professor from the Harvard T.H. Chan School of Public Health and science editor for America’s Test Kitchen found that some foods do actually benefit from a rise in temperature, specifically foods with carotenoids (carrots, tomatoes, etc.). The antioxidants found in those foods were found to increase when the proteins that bind them break down during heating.

To add to the list of health concerns, some argue that the radiation emitted from microwaves can be harmful to the human body, although there haven’t been a large number of conclusive studies on this.

What the Research Says About Cooking Safely with Microwave Ovens

It’s important to keep in mind that most credible sources of research reports available to date (from Harvard University and Cornell University) conflict. The Harvard Health Letter stated that microwaving is actually a preferred method because the cook times are shorter, therefore more nutrients can be retained. In direct contrast, researchers from Cornell University concluded that because microwaves heat food unevenly, nutrients are more likely to be broken down in the spots that get extremely hot, and can lead to more degradation of nutrients compared to an overall warming method, such as steaming.

The most important takeaway from the research is that you can still use the microwave safely if you want to—while keeping some nutrients in your food—if you:

In recent years, the FDA has been regulating plastics more strictly to significantly reduce the Notorious BPA from our containers. However, if you make it a point to use glass, you can avoid that particular problem altogether.

If you are strongly against using the microwave, some good alternatives to consider are Instant pot pressure cookers, toaster ovens, slow cookers, and rice makers, all of which are gaining massive popularity due to the trending, almost frenzied interest in food culture.

Rebecca Artz lives in Chicago, is currently a digital product manager for a publishing company based in Boston, and is a freelance contributor to Health Food Radar. She spends her free time cooking, reading, kickboxing and is endlessly entertained by her Siamese kitten, Luna.

Perimenopause & Menopause: 5 Natural Supplements to Get...

5 Supplements to Keep Your Heart Healthy

Stressed Out? 5 Supplements to Calm Your Nerves

How to Deal with Depression Naturally

Are You Hot? 5 Natural Remedies for Hot...

Eye Health and Macular Degeneration: Why You Should...

Liver Detox: Tips For Getting the Filter Clean

How to Build Resilience